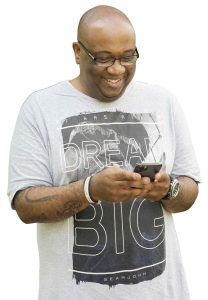 The Solution Focused Approach was developed in Milwaukee, Wisconsin by Steve De Shazer, Insoo Kim Berg, and their team. After spending their early years in the field studying problem patterns at the Mental Research Institute (MRI) and the ways in which to intervene and interrupt the problem in the client’s life, De Shazer and Berg decided to make a change. Eventually Steve and Insoo moved from California to Milwaukee with the intent of forming the “MRI of the Midwest”. This geographical shift eventually led to a shift in their psychotherapeutic perspective as they began to investigate client exceptions and resources instead of problems. They also began to focus on the clients hoped for future instead of the problem story. These 2 simple ideas, exceptions and future focus, remain hallmarks of the Solution Focused Approach. Today, there are many different varieties of this approach being practiced all around the world, in many

different fields. However, the common threads of focusing on the future, client exceptions while harnessing their strengths and resources remain.

EACH MONTH YOU’LL GET

Bring your SFBT Questions Each Month

Bring your SFBT Questions Each Month

Bring Your Client Questions Each Month

Bring Your Client Questions Each Month

Get 3 credits each month

Get 3 credits each month

After Completion of Each Month's Material

After Completion of Each Month’s Material

We use cookies on our website to give you the most relevant experience by remembering your preferences and repeat visits. By clicking “Accept All”, you consent to the use of ALL the cookies. However, you may visit "Cookie Settings" to provide a controlled consent.
Cookie SettingsAccept All
Manage consent